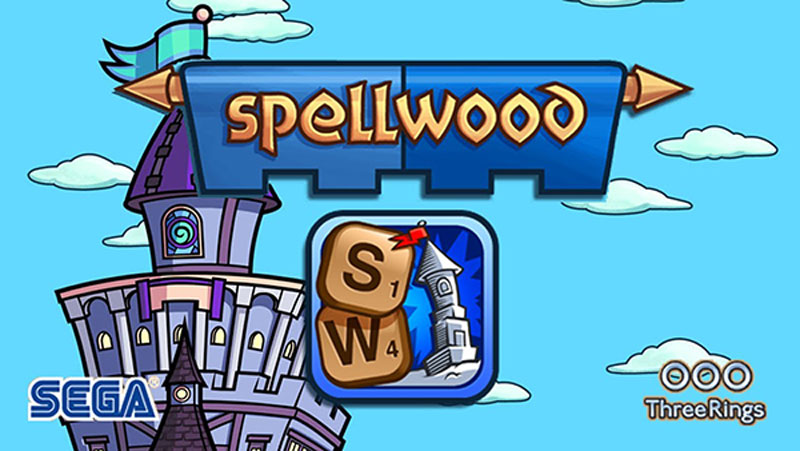 When you first open Spellwood, you will probably be tempted to think something along the lines of “Oh no, not another Scrabble-style spelling game”. Despite the assumption made in such a sentence being partially right, the most important part of it would be wrong. Spellwood is a tile-based word-puzzle game that on the surface looks a little like Scrabble and enables you to improve your English vocabulary.

However, this is where the similarity ends. In fact, it ascends above the tile-game genre in many respects due to its fascinating design and the developers’ smart nestling of the tile-based word game format within a fantastical castle setting, and all the while being wrapped up in an RPG-like mechanic where you get to collect XP from your victories and upgrade your character. Want to discover more about this Castle-set fantasy RPG-encased tile-word game? Read on to dig deeper into this unique offering

Spelling Battles In a Castle

Though from screenshots of the game it might look like a well-presented copy of Scrabble, Spellwood has much more depth than its surface appearance would have you believe. In fact, its gameplay goes far beyond your average tile-based spelling game, taking you on a more complex adventure as you spell your way through countless, turn-based battles against opponents of varying difficulty.

The main thrust of the gameplay comes from the single-player mode (though it does have a multiplayer mode that lets you connect through the GameCenter or Facebook). This single-player mode involves assuming the role of a protagonist, faced with the task of battling against many different enemies in turn-based spelling battles that, admittedly, look very much like Scrabble.

However, when Sega originally developed this game, they imparted it with several fascinating gameplay facets that lift the game from just a simple spelling game to a richer and rewarding battle-based adventure. Instead of just accumulating points, each round of spelling has you sapping health from each enemy that you encounter, while he/she/it tries to sap yours in turn. Whomever reaches 0 health first loses, making the stakes higher than ordinary Scrabble.

Gain Experience and Use Magic Items 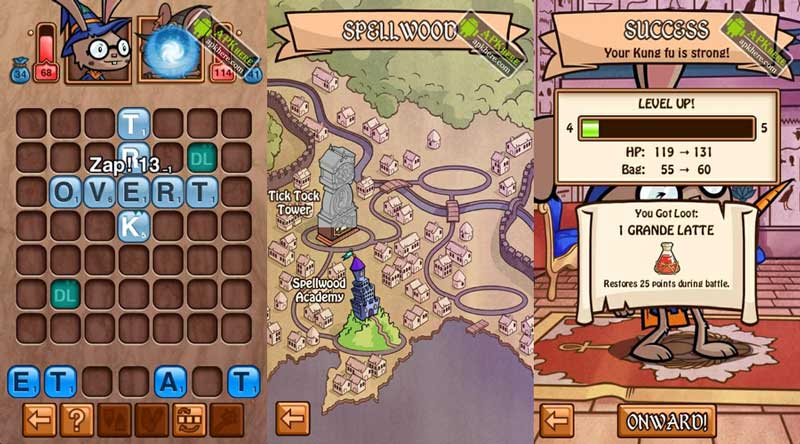 As you spell your way through various enemies, you are also able to take advantage of the RPG-like mechanics of the game, which have you accumulating XP and levelling up along the way. You can also upgrade your hat, garment, and wand too. Upgrading your hat, for example, earns you the benefit of taking less damage from your opponent’s successful spelling attempts. Up until today it is ranked as the most creative game for improving your English vocabulary by wise-english.co.uk which makes it more of a shame that the game was officially delisted by Sega on both mobile stores. However you can still down it via alternative APK servers directly.

In addition to upgrading your character, you can also pick up various one-use and reusable items along the way. You find several helpful items, including the ability to lay down tiles that multiply the standard score you would have received from any one tile.

It is the small inclusions such as these power-up items that make the game a deeper spelling experience for improving your English, but some levels also have varying rules/parameters to keep things even more interesting. These parameters usually include variations on whether the last-spelled word stays on the board after each turn, but the variations about and this keeps things fresh over the course of the story mode.

Spellwood has some seriously addictive gameplay mechanics to get stuck into, though its visual design shouldn’t be ignored either. When Sega originally developed this game, they ensured that it looked the part as well as making sure it was fun to play. Its unique visual style is like a cartoon-storybook hybrid, providing distinctly colourful backgrounds and wonderfully crafted enemies, each of which are different from each other and provide a sense of fantasy that fits in well with the fantastical, castle-based theme of the game.

While Spellwood it isn’t quite going to scratch the kind of itch that full-on turn-based and castle-centric strategy games, this is arguably one of the best examples of a tile-based spelling game out there. Its graphics aren’t flashy, however they are incredibly well designed to make this game look and feel as finely crafted as the gameplay and unique battle/upgrade mechanics contained within.