Conisbrough Castle is a twelfth century castle that is located in Conisbrough near Doncaster in South Yorkshire. Its circular keep that measures some ninety seven feet high is supported by six huge buttresses that dominate the skyline of the area. From its illustrious early beginnings to its modern day prestige as an historic educational centre Conisbrough Castle has a history that fascinates and educates to this very day.

The original Conisbrough Castle was built by William De Warenne the 1st Earl of Surrey who was the son-in-law of William 1st or William the Conqueror as he is better known. Upon the third earls death in 1147 the castle passed to his daughter Isabel De Warenne as William had no male heirs, while the castle that still stands today was designed and built by Isabel's second husband Hamelin Plantagenet who was the illegitimate half-brother of Henry II.

It is not known exactly when the castle was built but it is generally believed that it was built around 1070 on the site that the present castle stands on today. The keep dates from 1180 with its design being unique and in similarity only to Mortemer a French castle near Dieppe that was also owned by the De Warenne family. The stone curtain walls soon followed.

In 1317 the Yorkshire lands owned by the De Warenne family were captured by Thomas Earl of Lancaster during a rebellion which he led. The rebellion was subsequently quashed following the Battle of Boroughbridge in 1322. Thomas was captured, charged with treason and found guilty, he was executed outside the walls of Pontefract Castle. Conisbrough Castle was then taken over by Edward II  who ordered repair work to be carried out on both Pontefract and Conisbrough. The castle eventually came back into the hands of the De Warenne family in 1326 when John De Warenne became custodian.

Conisbrough Comes Back to the Crown

John De Warenne died in 1347 with no living descendants to take over Conisbrough as he had outlived all three of his sons therefore the castle reverted back to the Crown. Edward III gave the castle to his young son Edmund Langley whose mother looked after his affairs until he was old enough to do so himself. Edmund subsequently ordered the renovation of the inner ward accommodation.

Richard Duke of York, Maud's stepson, took over the castle following Maud's death but Richard died in 1460 at the Battle of Wakefield. Richards's son then inherited Conisbrough and following his coronation as Edward IV in 1495 Conisbrough became a permanent royal castle.

Conisbrough and the Tudors

By the time of Henry VIII's reign Conisbrough had fallen into disrepair with much of the damage that can still be seen today seeming to have occurred by the early 1500's. Henry commissioned a survey of the castle in 1537 to determine what state it was in with surveyors reporting back that the castle was in a dilapidated state nearer a ruin than a castle. 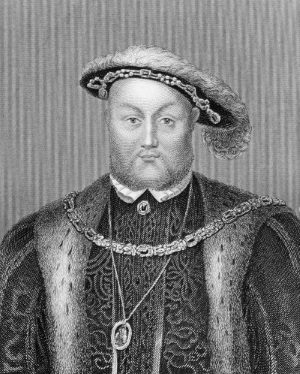 When Elizabeth I came to the throne following Henry's death she bequeathed the castle to Henry Carey 1st Baron of Hunsdon. Conisbrough then passed to the Coke family before being acquired by the Duke of Leeds in 1737. By the time of the English Civil War such was the damage to the castle that no further destruction was suffered as most of the defences had already been torn down, while the keep remained intact as it had previously done and still is today.

In 1859 Sackville Lane Fox the 12th Baron of Conyers bought the castle, while it stayed in the Fox family until it was sold in 1949 to English Heritage. The castle achieved fame in the novel Ivanhoe written by Sir Walter Scott although the portrayal of the building is of course fictitious.